I hope you all had a lovely Easter! Let’s not delve too much into the weather subject, since I know it’s been bad basically everywhere (everywhere that matters to me, at least). I spent the weekend in Manchester and I am now ready to share my impressions of the city (mostly of its food, as always).

It was a weekend trip and its purpose was, primarily, football related.
A very noisy group of ladies, all suited up with the same shirt, welcomed us at the Cork Airport’s pub at 7 in the morning. I then discovered that a big percentage of people going to the Manchester-Liverpool area can be attributed to marriage or football related activities.
The spirits (pun intended) were high from early in the morning, yay! 😉

After a smooth trip, we dropped our bags at the hotel reception and made our way for the Old Trafford.

[Brief digression here: Sergeant Lunch is a Man United fan and it turns out that I am too, now. I have three clubs of which I am a big fan of, Inter from my native Italy, Deportivo de la Coruña from Spain, and MUFC. If you asked me which one gives us most satisfaction at the moment, I would find it difficult to give you an answer in less than an hour. That’s the upside of living in different places I suppose 🙂 ]

I loved everything about that old stadium, and I loved to be there with the fans at the pub before and after the game (we won, in case you were wondering). My travel companions, Sergeant Lunch and Mayor Bennies know the city fairly well after years going to the matches, so I admit I hadn’t prepared at all for the trip, relying on them for everything. Saturday’s dinner was a Spanish feast in a nice tapas place, La Viña (not Juan Mata’s father, football lovers). We ate so much, and 99% of the food was so nice… I felt like a pint of Mahou Cinco Estrellas to honour the memory of my adoptive city, Madrid, to wash down the lovely chorizo and the dreadful tortilla. Do not order tortilla there, if you don’t want to be disappointed. The foto is slightly blurry because Sergeant Lunch did not want to be left behind while we were eating so it was taken in a hurry… 😉

Sunday was our day to actually go and discover the city. Well, for me to discover the city, for the others to have a walk. Feeling somehow in debt with them, who were very kind as to show me around, I decided to ask Google the following question: “Best places to have breakfast in Manchester”. You should have known that was going to happen, Google. Thanks to that question, we managed to find a whole neighbourhood, the Northern Quarter, where there was a café every three hipster steps. We had a lovely savoury breakfast in Common (the nearby Home Sweet Home was too full) and then, after five minutes, feeling like we had walked enough already, we stopped at the Mackie Mayor food court.

Mainly we wanted to have a look at the lovely job that was done there to refurbish the place, but we ended up having a coffee and a dessert each. I there discovered the existence of  friands (thank you Wolf House Coffee!!! ❤ ) and now I really, really, want to find a good recipe for those.

After the second pit stop, we managed to actually take a walk. I must say I really liked Manchester. I love cities with character, and here you find one all right. From Industrial Revolution history, to football, to music, it’s a city that under that gruff appearance has got a lot to offer to different categories of tourists. And it’s cheap, way cheaper than London. 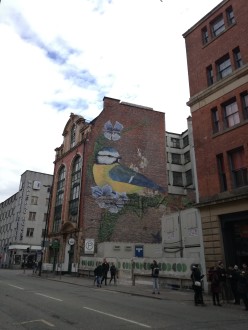 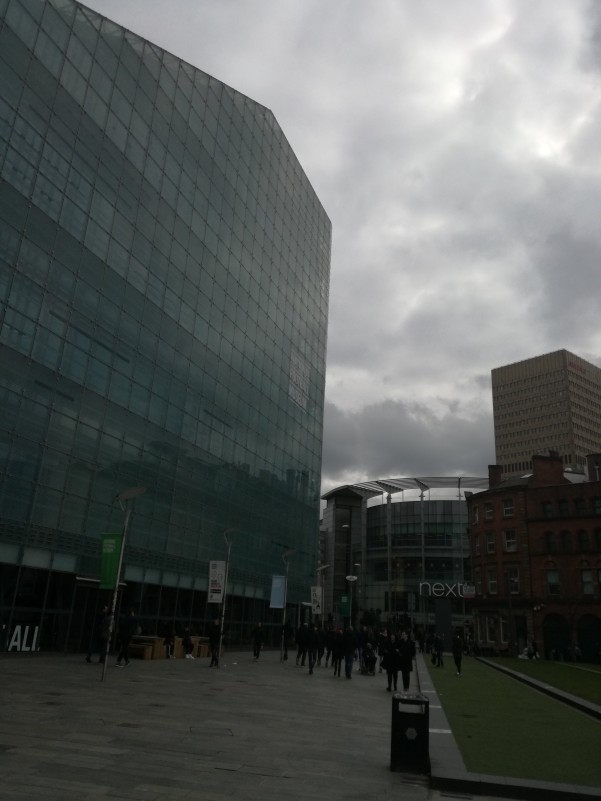 During the walk we were of course drawn by a little market where we were presented with an all-Manchester-Liverpool-musical stall (owned by a copycat Noel Gallagher), a “queer beer” stall, and this:

It was a very full and interesting day, finished with a nice dinner and an uneventful visit at the Temple underground bar (too crowded, we had a looked and went straight back to the hotel).

On Monday, we were going to come back. Of course I did not let the opportunity pass and I found another place to have breakfast before leaving. At quarter to eleven, there was a queue outside Moose Coffee. Thank you, Saint Google, once more you pointed me on the right direction… 😉 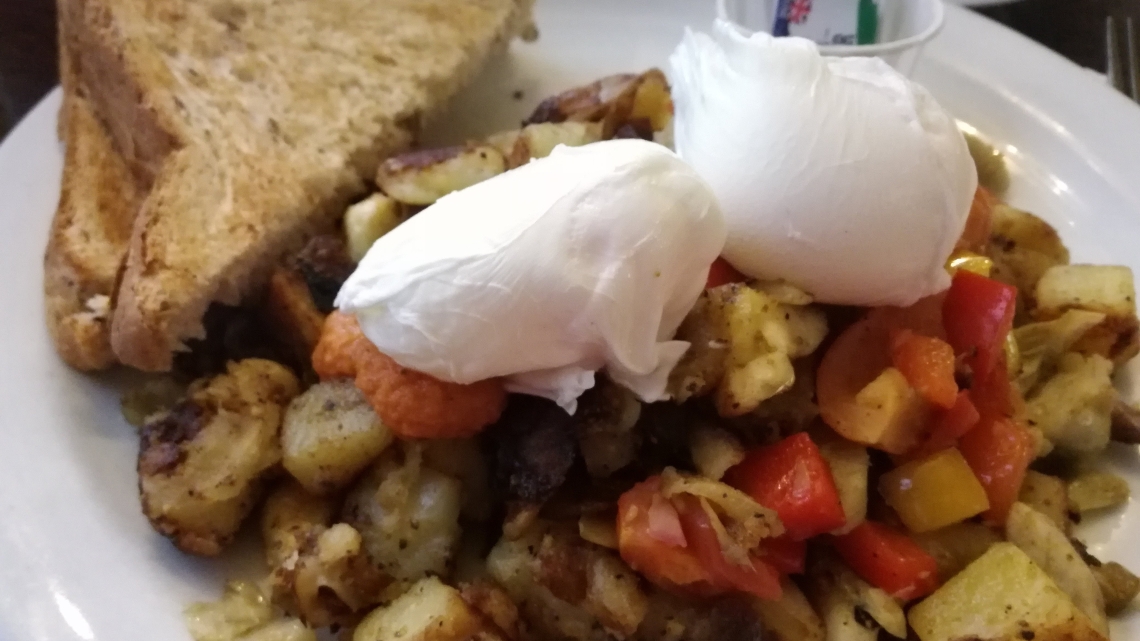 I had lovely poached eggs on top o a ton of veggies and a delicious cappuccino. My companions had similar savoury dishes, and they were also very happy, and very nicely full afterwards.

I like to say “Always start a trip with a full belly”. Or wait, was that Bilbo Baggins?!

That is me in front of a Francesinha. You can't see it, but happiness is written all over my face. View all posts by capitancolazione